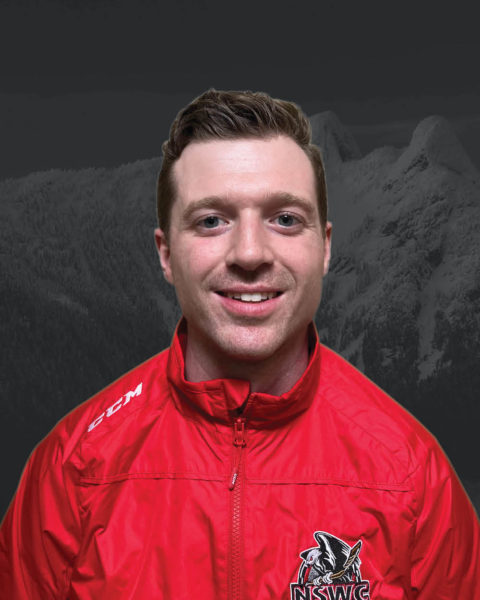 Saylor played 3 years of Junior hockey in SIJHL, MJHL, WSHL, &amp; HJHL as well as 4 years in college hockey
– NCAA – Division III (SUNY-Canton)/SFU. He graduated from SFU in 2016 with a BA in Political Science.

Since beginning his coaching career, Saylor had the opportunity to work with both Burnaby Winter Club
MHA and Burnaby Winter Club Academy – U15 Prep and North Shore Avalanche in a coaching and
development capacity. This opportunity gave him the chance to work with players from Initiation
through to the U18 team. He also participated in MHA evaluations, the BWC Hockey Schools, as well as
coaching spring hockey teams with Jr. Steelers hockey.

Saylor is excited to join the team and hopes to provide a long-term and sustainable vision for the future
of NSWC hockey.