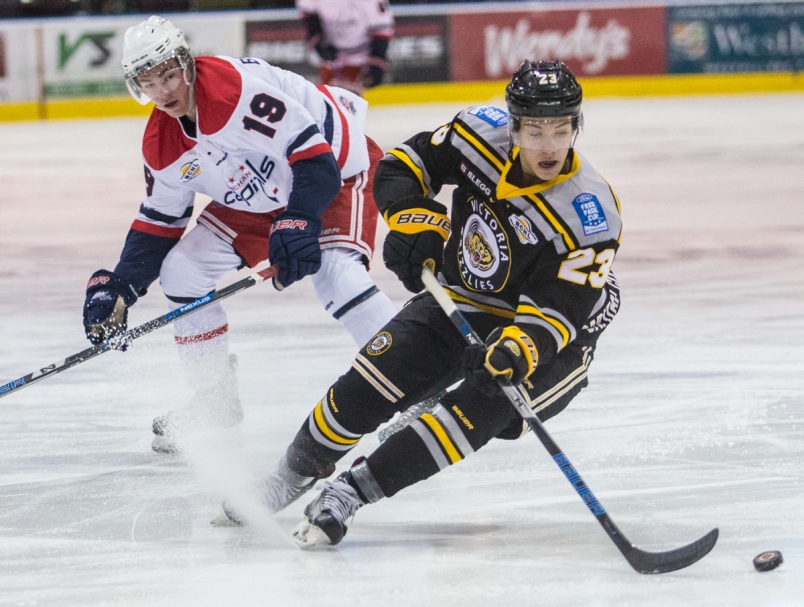 The first thing I noticed about Carter Berger was his wheels. Leading a 2 on 0 rush for the midget elite team at North Shore Winter Club was impressive, but equally as impressive was the fact he was the first player back defending as well.

Carter had great hockey IQ as well- he knew he could skate, he was confident he could contribute offensively, and he’s turning that into an impressive run with the Victoria Grizzlies of the BCHL.

I caught up with Carter in the middle of their first-round series with the Alberni Valley Bulldogs (when this conversation was recorded, Carter and the Grizzlies were down 3 games to none in the series. They roared back and won four straight to win the series, an absolutely incredible achievement).

Listen to the full interview here on SoundCloud.