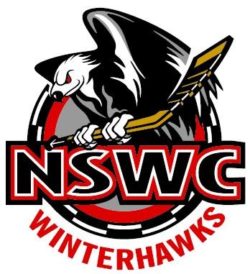 As you already know, on May 14th we announced that Aaron Wilbur was resigning from his position as Director of Hockey to pursue some of his other passions. With this change, we were provided an opportunity to reassess the structure of our hockey department and how effectively it serves the needs of our membership.  In addition, it motivated us to look at how the minor hockey program landscape has changed so drastically over the past many years, and how other minor hockey and elite development programs (such as Academies) are operating.

Over the past two months we have gathered valuable feedback from many sources, including our own Minor Hockey Committee, our NSWC Hockey Faculty, and outside industry professionals.  We have also reviewed in detail, feedback from our member families that has been gathered through past surveys, emails and observations.

The outcome of this exploration simply reaffirms one of the key objectives of our hockey program, and one of the reasons the NSWC has been nationally recognized for years:

The importance of providing an excellent development program; for every player, at every level, and at every stage of their hockey career.

To help achieve this very important goal, as well as many of the other objectives that are part of the NSWC Hockey Strategic Plan, I am pleased to announce the addition of two exceptional individuals to join our NSWC Minor Hockey leadership team, both of whom are eager to drive player and coach development and the delivery of a fantastic hockey program. These new individuals, working together with the existing Hockey faculty, will bring a fresh new energy along with a wealth of complimentary experience and unique expertise in hockey development that will be instrumental in the future success of minor hockey at the Club.

Together, their joint mandate will be to provide a comprehensive player and coach development program within our ‘Elite’, ‘Rep’ and ‘Recreational’ (Male and Female) hockey programs, improving every players skill and greatly enhancing the consistency and enjoyment of their overall hockey experience.

Their responsibilities will also include planning and executing a long-term plan of continuous improvement, including continually raising standards and innovations both on and off the ice and ensuring that the path from initiation teams, through house and rep teams to Elite level teams is always integrated, learning is shared, and the basic principles of how we play are incorporated.  At the same time, with the goal of instilling valuable life skills, habits, and memories.

Tyson and Saylor will work directly with Bob McCuaig as Director of Hockey Operations and Emily Allen, Hockey Operations Coordinator, who will both oversee the Minor Hockey program in terms of overall operations, programming and administration and as club representatives in dealings with the governing bodies including Hockey Canada, BC hockey and the PCAHA.

Unlike years past, when ALL responsibilities fell under the one role of Hockey Director, we have recognized that the time and energy needed to fulfill that job description was simply too much, and hindered the ability of that individual to deliver one of their most important responsibilities: to be on the ice with the players and coaches. We are confident that our new structure, with clear roles and responsibilities for each member of the team, will greatly improve the delivery, efficiency and effectiveness of how we deliver a quality hockey experience to every family.

Bob will ultimately oversee all aspects of the NSWC hockey program, with a focus on the numerous ‘off-ice’ responsibilities that comes with running a hockey association such as ours, including implementation of on-ice programming/scheduling, recruitment, registration, policies and procedures, risk management, player participation, and developing organizational goals and long term strategies.  Bob has been with the NSWC for six years and has an intricate understanding of the Club and its hockey program. His experience at the Club and with the members, as well as his knowledge of BC Hockey and PCAHA landscapes, will allow the Hockey Department to continue to focus their energy on the ever-changing environment that we are dealing with.  In the 20 years that Bob has been coaching, he has worked with teams at every level from H1’s to numerous years in Major Midget and all levels in between, including the BC Hockey High Performance Program at the U15, U16 and U17 levels.

Emily will transition back into Minor Hockey with a heavy influence in Female Hockey, programming, tournaments/events, marketing, day-to-day hockey operations, and administration.  Emily graduated from Brock University with a Sports Management Degree and began working in the NSWC Hockey Department back in 2016. She is also a life-long member of the Club.  Emily has been an integral member of the hockey department team and believes the Club can provide our members with a great hockey experience, with an emphasis on safety and quality.

Tyson played Pro hockey in the Deutsch Elite League for nine seasons and was a five-time championship winner. Prior to this, he played four years of professional hockey in the WHL. With his playing experience, he has established and grown a hockey skills development company that provides elite-level instruction to players at all levels, including National Hockey League, Canadian Major Junior League, NCAA, BC Hockey and local Academy and minor hockey programs. He holds his NCCP High Performance Level 1 coaching certification. His experience in hockey has allowed him to develop the life skills to instruct his students so they can realize a degree of individual and team success. At the same time, his players and students have received instruction that he believes has led them to the formulation of moral values, pride of accomplishment, acceptable social behaviour, self-discipline, and self-confidence.

Saylor played three years of Junior hockey in SIJHL, MJHL, WSHL, & HJHL as well as two years in the NCAA. He holds a Level 2 NCCP and Hockey Canada Development coach certification. He graduated from SFU in 2016 with a BA in Political Science. Over the past four seasons, Saylor had the opportunity to work with both Burnaby Winter Club MHA and the past two seasons, Burnaby Winter Club Academy – U15 Prep in a coaching and development capacity. This opportunity gave him the chance to work with players from Initiation through to the U18 team. As well as participating in MHA evaluations and running the BWC Hockey Schools, he has experience coaching spring hockey teams and coordinating 3on3 leagues for Inside Edge and Jr. Steelers hockey. He also has experience coaching female hockey with the North Shore Avalanche Bantam A team.

We are excited about the skills, experience and passion of each member of the team, and we are confident that together, they will help our program continue to improve and prosper and mostly, to ensure that every player has a NSWC hockey experience that is second to none.

Thank you for your support.