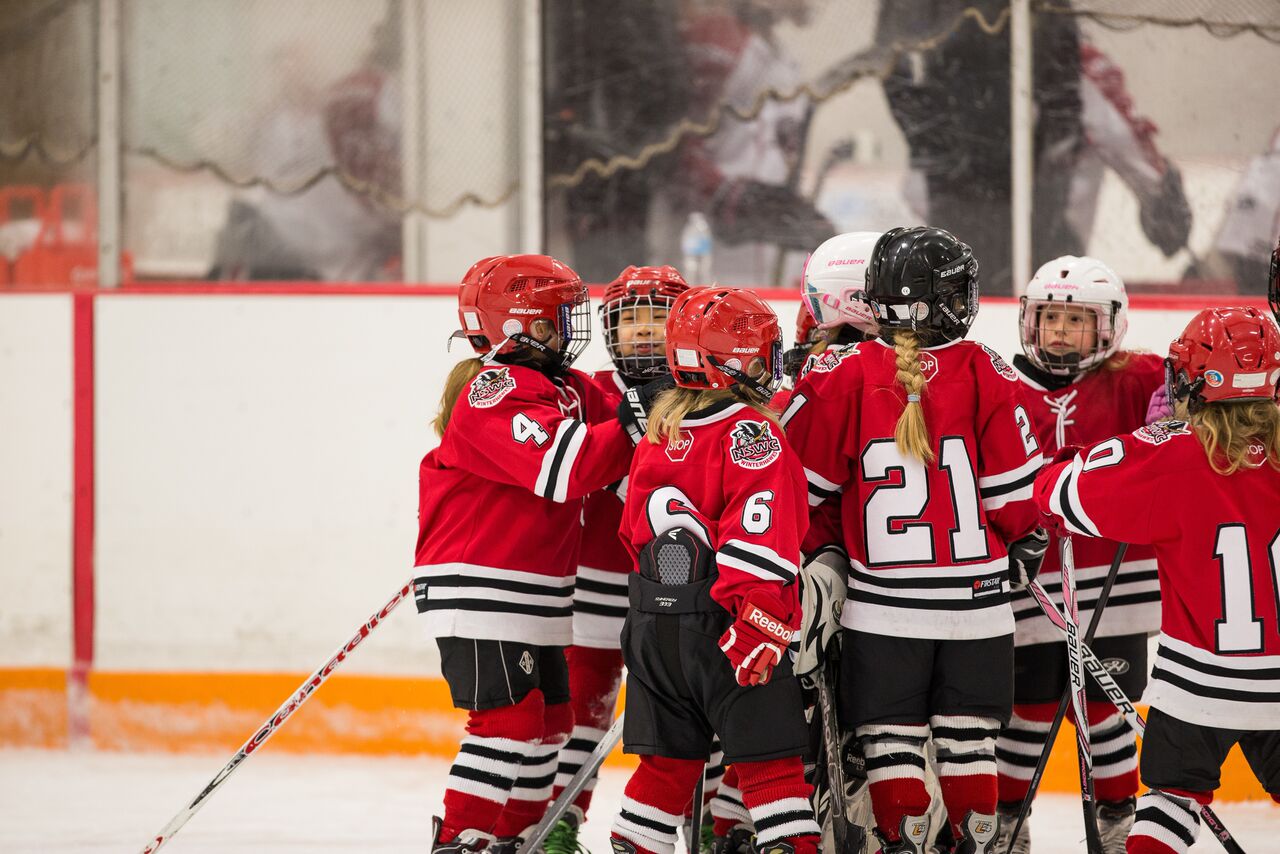 On behalf of the NSWC Hockey Department and Minor Hockey Committee, we are thrilled to announce some of our 2020-21 Female Coaches! Not only do their extensive coaching resumes stand out to us, but it is their dedication and commitment to the NSWC Female program that we are so very thankful for. All the coaches listed below are returning from last season. We believe this commitment from our coaches signals a healthy female hockey culture and we want to thank them for all the extra time they put in to helping develop the girls as players on the ice, but also shape them as young females off the ice.

*On this exciting note, if you have not yet registered, please do so by clicking HERE 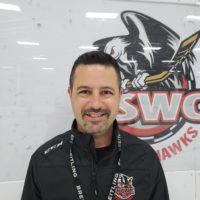 Scott has been an active multi sport player and volunteer head coach both in our club and in the community for years. He has played hockey most of his life and still calls it his #1 sport. He found fun and success coaching Rep teams in Peewee and Bantam “before kids” while still playing competitively. He now jokes that with kids, he’s shifted to be more of a multi sport mind, than an athlete – as he keeps very busy balancing work/family/sports all year long. He got into coaching initiation hockey when his son entered the game, and then after several seasons, he pivoted again to lead our clubs infamous Princess Warrior Tyke girls program for the past two seasons. With an always positive, high energy approach, and lot of “awesome support,” he has helped his daughter and her “hockey buddies” develop their skills and a level of compete that continues to impress us all. You have to see the girls in action and you’ll see what we mean. True to character, his delivery is always focused on ensuring the group (and their families) have an absolute blast with the entire experience. “Coach Scott!” (words that can often be heard at volume around the club from his vocal players) has also been an enthusiastic advocate for our girls program, helping to build and develop a pipeline of NSWC players at the grass roots level. He admits he never pictured himself being cut out to coach at this level, nor did he expect to have as much fun with what he refers to as “the kaos” that goes with the territory, both on and off the ice, at the Tyke level. With that said, he has really enjoyed the challenge and invites others families to get their daughters involved in the program. The massive strides each player has made along with the smiles on their faces has him coming back for more, this year as head coach of our Novice group. 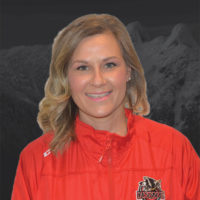 For the past 26 years Karen Kos has owned and operated her own Technical Skating business overseeing program development working with players from the minor, junior, collegiate and professional hockey ranks. Karen’s approach to technical power skating is unique to any other skating program in that she applies her extensive educational background and expertise in the field of biomechanics to develop strong skating technique in her students. Throughout her sessions players gain understanding as to how to move their body efficiently and effortlessly across the ice implementing key concepts which maximize overall body movement, foot speed, and power. Specific emphasis is placed on breaking down, rebuilding, and fine tuning players’ skating techniques utilizing core principles of biomechanics. With this scientific approach to skating, these hockey specific sessions ensure players develop superior skills on a much higher level and at a faster pace.  Karen’s knowledge, unique style, reputation, work ethic and passion for teaching has placed her in high demand with many elite level players and teams within the lower mainland year round.  Karen’s impressive team resume includes winning 8 championships from Major Midget to the WHL levels within the past 5 years. Currently Karen is the High Performance Skating Coach at the NSWC and Burnaby Winter Club, the North Vancouver Wolfpack (PJHL), the Vancouver Northwest Hawks and Northeast Chiefs Zone programs, as well as BWC Academy and Saint George’s Academy teams within the CSSHL.

Karen has been coaching this feisty group of girls since 2017 and has fond memories of them battling it out back in Tyke playing our H1 boys team, as well as the girls kicking butt in our annual TNT Tournaments (both as tyke and novice!). Karen is excited to work with the 2010 & 2011 group this upcoming season. 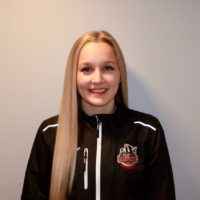 Kiana started hockey at the age of 4, playing minor hockey at various levels until Midget which she spent 3 years playing Major Midget with the West Coast Avalanche. Kiana played Junior in the JWHL for Northwood School in Lake Placid, New York where she received various NCAA offers for the following season. Kiana ended up committing to Boston University but was not able to follow through because of multiple concussions, subsequently ending her hockey career. Growing up, Kiana participated in many sports including soccer, inline hockey, gymnastics and field hockey but hockey was her true passion. This past season Kiana coached our NSWC Atom C1 team and she is currently working towards her Human Kinetics Degree at Capilano University. 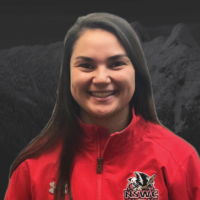 Growing up in Oakville, Ontario, Andrea attended St. Ignatius of Loyola High School. Andrea played her entire minor hockey from initiation to Junior (PWHL) with the Oakville Hornets. After graduating from junior hockey, Andrea played collegiately in the CIS for the University of Windsor.

Following university, Andrea returned to Oakville and began working on the development team at the Oakville Hockey Academy, running private skills sessions for both girls and boys of all ages. This past season, Andrea was the head coach of the Female Peewee A team at the North Shore Winter Club. 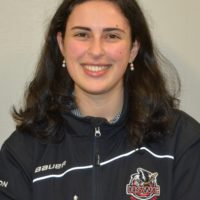 Elisa was born and raised in North Vancouver, and started in the figure skating program at NSWC before seeing how much fun her brother had playing hockey, and decided to make the switch. She played minor and Juvenile hockey with the Winterhawks, and currently plays for the North Shore Rebels. She started volunteer coaching with NSWC at the age of seventeen, and this is her sixth season as a coach, third as a head coach. This past season, Elisa coached our Female Peewee C2 team.

We are excited to announce that we still have plans to run our Cammi Granato Hockey School in August! We are working to get all players off the waitlist and into the camp. However, due to COVID restrictions, we may need to readjust some of the groupings to allow for smaller group sizes but will incorporate more groups. Any changes will be communicated out to those registered and on the waitlist.

While we are all still navigating through a bit of an unknown future these days, we want to let all our members know that the plan is to have NSWC hockey in September, it will just be a matter of what exactly that will look like. We will send out another Minor Hockey update email in July with the different scenarios we are planning.