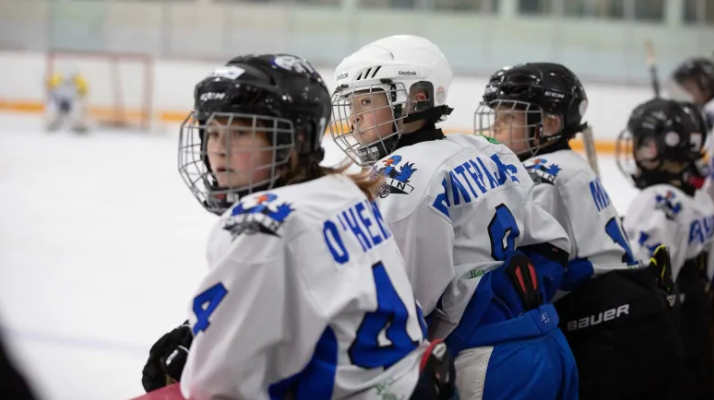 Read the main article on CBC.ca

The Flying Ducks are in Metro Vancouver for a few days on the ice, since there are no permanent rinks at home.

It’s a story that parallels the 1993 movie, Cool Runnings, but swap out the bobsleigh for hockey, and Jamaica for Ireland.

The Flying Ducks hockey team isn’t seeking Olympic glory — it has returned to Canada in its ongoing quest to simply find some ice time.

In the team’s home country of Ireland, there isn’t a single proper ice rink, meaning the players — aged seven to 18 — need to make regular international trips to play on actual hockey rinks.

The Flying Ducks and a few players from two other Irish teams are in North Vancouver this week, because the North Shore Winter Club invited them over, arranged billeting, and making their ice rink available for 10 days. 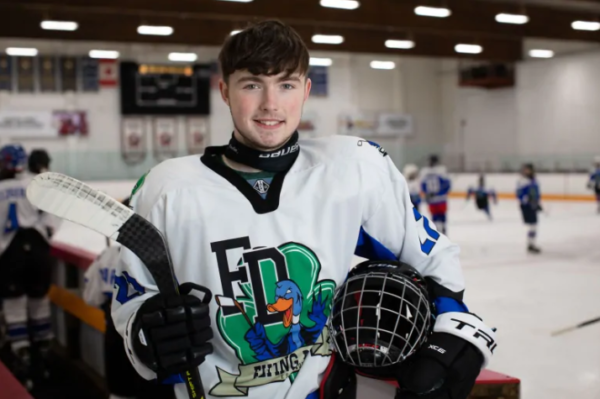 Daragh Daly, 17, has been playing the sport for about 10 years, but in the Republic of Ireland, he and his teammates only have a couple of options — and those rinks are temporary.

“We have, like, pop-up rinks at Christmas,” said Daly. “There are mainly two … One of them is square, with no round edge, nothing. The other has old hockey boards, but it’s kind of smaller.”

Beyond that, players need to make the trip to Northern Ireland to find a sheet of ice there, or more commonly, like the Jamaican athletes training in a bobsleigh with wheels, Daly and his teammates play in-line hockey using rollerblades.

“When we came over here we weren’t used to offsides, because we don’t use them in in-line,” said Daly at a rink in North Vancouver on Friday. “But we want to be an ice hockey team; we don’t want to be an in-line team.”

The basics are the same, of course, but according to Sarah Hagemann, 17, practicing on rollerblades builds skills a little differently, and stepping on the ice takes some re-adjustment each time.

“It’s so hard, because in in-line, we stop different. So I’ll do a lot of tight corners instead of ice hockey stops — but it’s just in your head,” said Hagemann. 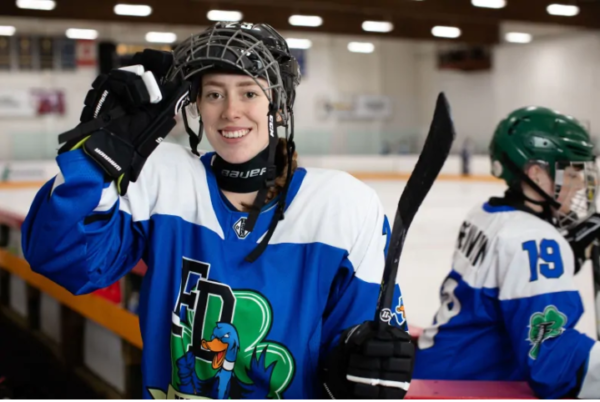 According to Jamie O’Brien, 13, who is on his fourth or fifth international hockey trip, the offside rule is certainly one of the biggest adjustments when he gets the chance to play on ice. But there are others.

“The puck travels a lot faster, but because we’re not used to the ice, skating is a bit slower,” said O’Brien, adding that everyone speeds up after a couple days of getting used to the edges of the skate blades.

Lucy Murphy, 11, said her local hosts are great and she has her own room to stay in, but even without hotel costs, international travel isn’t cheap. 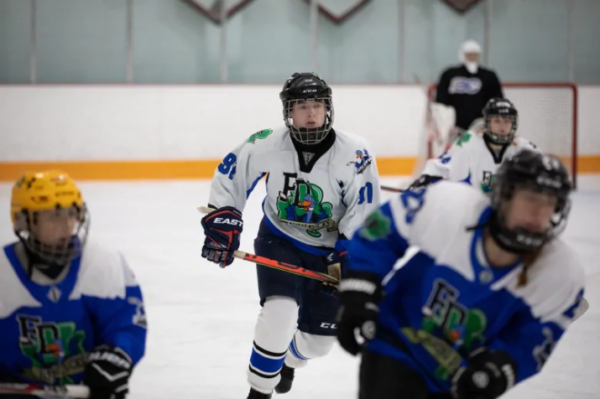 “We have to fundraise all the time. We have to go bag packing, book collecting almost every weekend,” said Murphy, explaining that the players will bag groceries at the store for donations, or stand outside stores, essentially hat-in-hand.

According to Flying Ducks club president Aisling Daly, the players have travelled all over to find ice, including Slovakia, Korea, Barcelona, Switzerland, Boston, Colorado, Toronto, Montreal, and now Metro Vancouver.

Daly said the Republic of Ireland hasn’t had a real rink in about 10 years, though there is funding in place to build one now, and the effort even got a boost from Prime Minister Justin Trudeau when he broached the topic on a trip to Dublin in 2017.

The players hope to get a rink in Ireland in the new year, but in the meantime, they’re spending as much time on the ice as possible this week.

“Be grateful for what you have, because I mean, we would do anything to have an ice hockey rink,” said Hagemann.

Read the main article on CBC.ca